The only goal of non-violent protest is to push the enemy to escalate their use of force to a point where they start injuring and murdering people, opening the door to one of two essential outcomes. A) Shaming the enemy into breaking or B) Justify resistance. Break them or wreck them, never give in to tyranny. 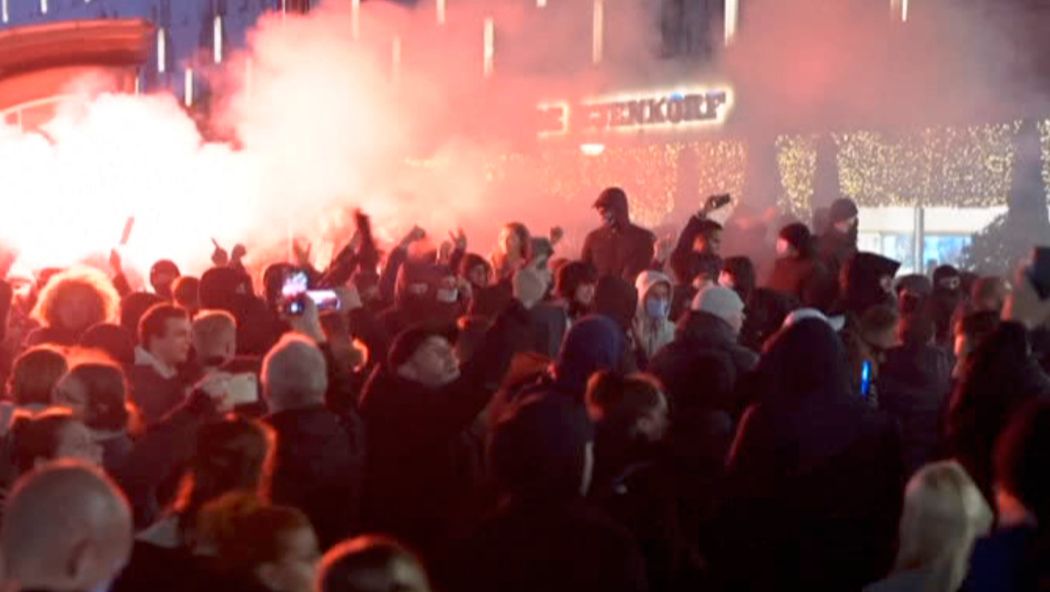 Police said that two rioters were hospitalized after being hit by bullets and investigations were underway to establish if they were shot by police. The condition of the injured rioters was not disclosed.

Officers arrested 51 people, about half of them minors, police said Saturday afternoon. One police officer was hospitalized with a leg injury sustained in the rioting, another was treated by ambulance staff and “countless” others suffered minor injuries.

Mayor Ahmed Aboutaleb told reporters in the early hours of Saturday morning that “on a number of occasions the police felt it necessary to draw their weapons to defend themselves” as rioters ran rampage through the port city’s central shopping district, setting fires and throwing rocks and fireworks at officers.

“They shot at protesters, people were injured,” Aboutaleb said. He did not have details on the injuries. Police also fired warning shots.

Photos from the scene showed at least one police car in flames and another with a bicycle slammed through its windshield. Riot police and a water cannon restored calm after midnight.

It was one of the worst outbreaks of violence in the Netherlands since coronavirus restrictions were first imposed last year. In January, rioters also attacked police and set fires on the streets of Rotterdam after a curfew came into force.

Justice Minister Ferd Grapperhaus condemned the events. “The riots and extreme violence against police officers, riot police and firefighters last night in Rotterdam are disgusting to see,” he said in a statement.

“Protesting is a great right in our society, but what we saw last night is simply criminal behavior. It has nothing to do with demonstrating,” he added.