A team of researchers has found that biometric tests used by banks and cryptocurrency exchanges to verify users’ identities can be fooled by deepfake technology. 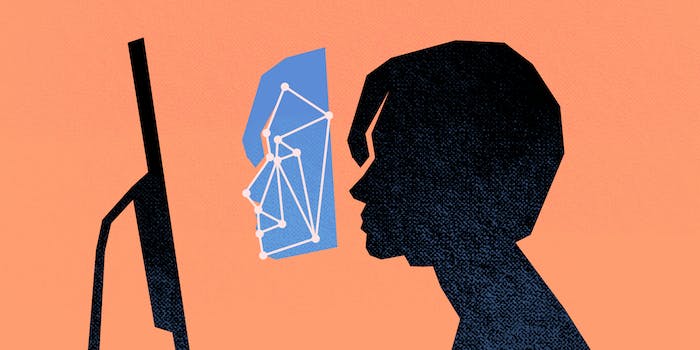 (Miakel Thalen) In a report published on Wednesday, researchers with Sensity, a security firm focused on deepfake detection, demonstrated how it was able to bypass an automated “liveness test” by using AI-generated faces.

Commonly known as “know your customer” or KYC tests, such verification processes often ask users to provide photographs of their identification as well as their face. A “liveness test” is then used to capture the users’ face in real-time in order to match it to their selfie and identification photo with facial recognition.

KYC verification is utilized in a wide array of industries including banking, fintech, insurance, crypto, and gambling. Sensity tweeted out footage of its demonstration a week before it released its report, detailing how 9 of the top 10 KYC vendors were highly vulnerable to deepfake attacks.

“Despite its widespread adoption, active liveness checks are weak against attacks by Deepfakes,” the report states. “The reason is that real-time Deepfakes can reproduce faithfully facial landmark movements of the attackers.”

Even with such a glaring vulnerability, KYC vendors do not appear concerned about the potential for misuse. In a statement to the Verge, which first covered the report on Wednesday, Francesco Cavalli, Sensity’s chief operating officer, claimed that vulnerable companies did not appear to care.

“We told them ‘look you’re vulnerable to this kind of attack,’ and they said ‘we do not care,’” he said. “We decided to publish it because we think, at a corporate level and in general, the public should be aware of these threats.”

With massive crypto heists becoming common, it seems likely such vulnerabilities will be exploited more and more by cybercriminals as deepfake technology becomes more realistic and easier to use.

“Imagine we were living in medieval times…. and you’d been invited to a royal banquet.

The ones in charge were extremely keen to get you to drink the wine. They were very insistent.

“Be a good guest! Drink the wine. We uncorked it especially. It’s a beautiful and rare vintage.”

“No thank you. I appreciate the offer though.”

“Drink the wine. It’s very expensive but you can have a glass for free, and we’ll give you an extra plate of supper.”

“Drink the wine and we’ll feed your entire village for a week and reduce your taxes.”

“Very generous but no thanks I’m content in my home.”

“No I just don’t feel like drinking this wine this evening.”

“Drink the damn wine or we’ll stop you working.”

You notice they’re getting desperate now.

“We’ll ban you from markets.”

“Wow your tone has changed.”

“Now you need to drink 3 glasses or we’ll stop you riding your horse or seeing your family for the next year.”

“Yes…every few months we want you to drink 3 bottles of this particular wine we’ve prepared indefinitely for the next years.”

Yes, or we’ll try you for treason.”

“Ok what is IN this damn wine that you are trying SO HARD to get everyone to drink it?”

“We can’t tell you. Trade secret.”

“Then why all the threats?”

“We just need you to… I mean we strongly encourage you to drink the wine so you don’t miss out.”

“But the Earl drank a glass and collapsed.”

“No…like he was fine then had a glass then keeled over…he’s still on the floor writhing. Look at him! His face is blue and he’s clawing at his chest.”

“Coincidence. Guards…please escort the Earl to his chambers. He’s had too much wine.”

“I knew it was the wine! What about the rest of the court? Half of them also collapsed after the wine.”

“Those guests got ill from something else. Probably the chicken.”

“You sure do ask a lot of questions! Guards! Guards… get this man his wine.”

“I don’t want it. What if something happens to me after drinking it?”

“We’re not liable for that.”

“Not liable for the wine you produce? I definitely don’t want it.”

“Drink your wine so everyone else doesn’t get a hangover.”

“Huh? That makes no sense. Maybe if they didn’t keep DRINKING they wouldn’t get HUNGOVER in the first place?”

“Look at these paintings of people drinking wine all over the gallery. Look how happy they look.”

“Paintings? Look, I don’t drink wine. I don’t want the wine. Even the idea of drinking this wine leaves a bad taste in my mouth.”

“Ah no matter if you don’t want to drink it.”

“You don’t have to drink it. We can pump it directly into your veins. You won’t even have to taste it”

“Wait, into my veins? Are you serious? I don’t want your damn wine!”

“TAKE THE DAMN WINE NOW! WE’VE ALREADY PAID FOR A WHOLE CRATE FOR EACH MEMBER OF YOUR FAMILY! WE’VE SIGNED AN ONGOING CONTRACT WITH THE DISTILLARY! ANYONE WHO TALKS BADLY ABOUT THIS WINE WILL HAVE THEIR TONGUES CUT OUT! PEOPLE WHO ARE NOW DRUNK ON THE LAST BATCH WILL BE RECLASSIFIED AS SOBER AND MUST DRINK THE NEW BATCH! AND WE WANT YOUR KIDS TO DRINK THE WINE TOO! EVEN YOUR BABY. SWAP HER MILK BOTTLE FOR WINE! SHE’S OLD ENOUGH FOR WINE NOW! AND YOUR PREGNANT WIFE! SHE NEEDS IT TO KEEP HER HEALTHY! EVERYONE DRINK THE WINE!”

THIS is how absurd the conversation has gotten.

The company she worked for applied pressure and got her out of there.
The lock downs are far worse than anyone is saying,
The CCP has gone beyond Stalin now.

Uncensored Version of (Conversation With Moni) Only On Odysee:
https://odysee.com/@WTFisGoingOn:bb/interview-with-moni-:2