(ZeroHedge) pResident Biden’s ambitious emissions-reduction goals that encourage investment in green energy to drive the country away from fossil fuels will be conducted in a series of executive actions, according to Houston Chronicle. This comes weeks after Congress approved $370 billion in clean energy funding that will pave the way for the US to slash emissions by half in eight years.

Over the next year, the Biden administration will announce a series of federal policies to accelerate emission reductions for power plants and vehicles, the two most significant drivers of oil and natural gas demand.

“These administrative actions are absolutely essential for the US to get to the science-based target of a 50% reduction by 2030,” said Matthew Davis, legislative director at the League of Conservation Voters. “They’re separate from the Inflation Reduction Act, but they’re also amplifying it,” he said.

Treasury Secretary Janet Yellen is expected to say in a speech in Detroit on Thursday that Biden’s emissions-reduction goals following recent climate legislation “will put us well on our way toward a future where we depend on the wind, sun, and other clean sources for our energy … and rid ourselves from our current dependence on fossil fuels and the whims of autocrats like Putin.”

Yellen’s speech represents the clear objective of the administration: to rid the US of fossil fuels. Executive orders are the only way to accelerate a rapid expansion of electric vehicle sales and clean energy on the grid.

Oil and gas industry lobbyists sound the alarm over the administration’s quick transition to a green new world that will drive US energy prices through the roof.

“Policymakers must know that a swift transition comes at a cost to the American consumer,” said Frank Macchiarola, senior vice president of policy at the American Petroleum Institute. “The burden falls upon them to put in place a regulatory structure that provides for stable energy markets,” he said.

Under the guise of extreme weather, such as heatwaves and droughts, President Biden has called for an expedited shift towards a green power grid:

Despite Biden’s attempt to lower gas prices at the pump ahead of the midterm elections in November — the administration is still doing everything to crush the fossil fuel industry.

For example, EPA Administrator Michael Reagan has moved quickly to introduce a new rule, with a first draft expected in the spring of 2023, that would require limiting power plants’ carbon emissions — making it very expensive for coal and natural gas-fired generators to operate.

“The regulations they would be pursuing would make it even less economical for utilities to open new fossil fuel power plants,” Davis said.

Such a new rule could create challenges for 37% of the nation’s power grid that relies on natural gas generation.

More unreliable electricity from wind and solar while decommissioning natural gas and other fossil fuel plants is a horrible idea. Just look at the California’s grid as progressives have tried to greenify it, though during heatwaves, request all customers not to charge their electric vehicles.

Since renewables are not living up to the promises pitched by the administration, perhaps the only energy source of low-carbon, scalable, reliable, and affordable electricity is nuclear. If California wants to ban all new gas-powered vehicle sales by 2035, it will need a reliable grid to handle the millions of new EVs.

Every American should be concerned if the Biden administration succeeds in implementing a slew of executive orders to transform grids across the country to look like California.

Remember, Californians are dealing with threats of blackouts, can’t charge EVs during high-demand days, and paying some of the most expensive power prices in years.

Maybe the green future is not as much about saving the planet but instead about money, politics and population reduction. 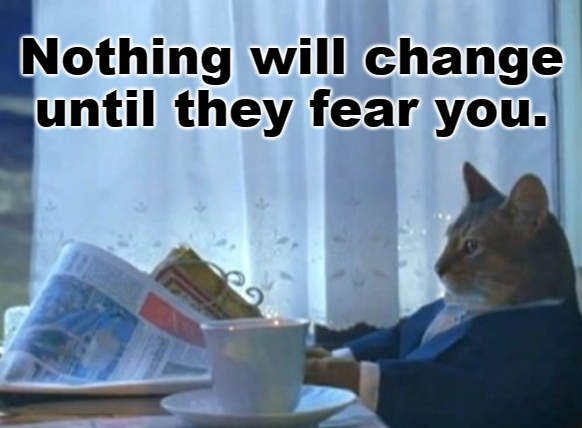