A video shared by President Trump showing House Speaker Nancy Pelosi (D-CA) tearing apart the State of the Union address has amassed over 18 million views on social media despite her allies’ efforts to convince platforms to remove it. 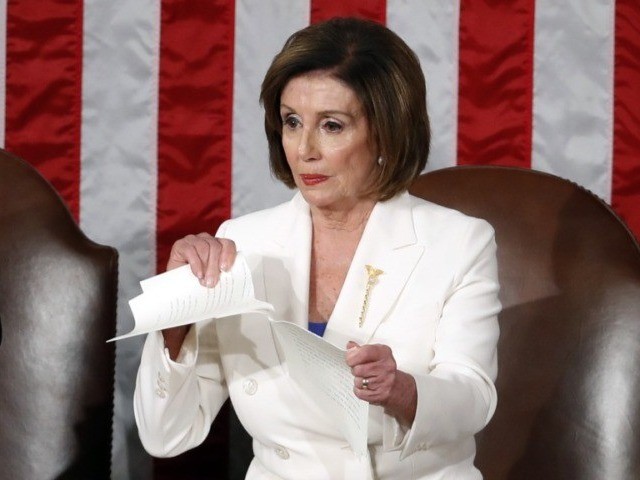 The video, posted by the president last week, shows Pelosi tearing up the State of the Union address and highlights memorable moments of the speech, such as Trump honoring 100-year-old Tuskegee Airman Gen. Charles McGee. It has now surpassed 11 million views on Twitter, 3.1 million views on Facebook, and 4.1 million views on Instagram:

It would be soooooo terrible if this video hits 10,000,000 views, as Nancy doesn’t want Americans to see how disgraceful she really is! pic.twitter.com/OWfTEiadpr

Karena Feng details Paul Pelosi Jr.’s alleged fraud and her fight to get her children back 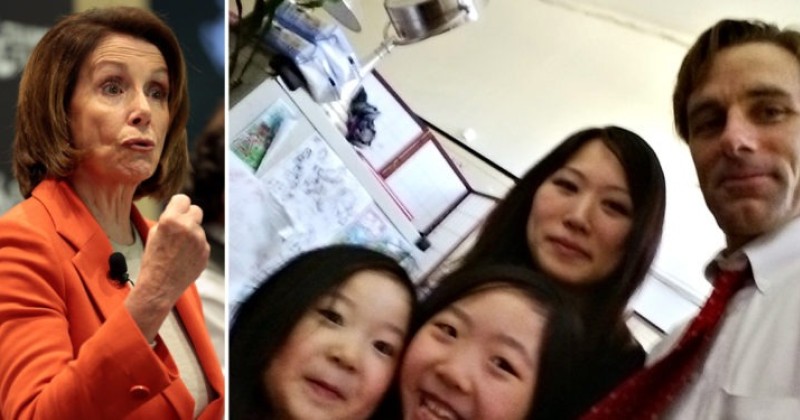 The former girlfriend of Nancy Pelosi’s son, Paul Pelosi Jr., is suing him over alleged fraud regarding her property, and spoke exclusively to National File about the nature of their relationship.

Karena Feng, a Taiwan-born woman living in San Francisco, alleges that Paul Pelosi Jr. was “abusive” to her, that he forced her to have an abortion by threatening her life, that he conducted foreign business while claiming to be a representative of Nancy Pelosi, and that he engineered Child Protective Services’ seizure of Feng’s four children. Feng supports her claims with text messages and documents presented in this article below.

END_OF_DOCUMENT_TOKEN_TO_BE_REPLACED

House Speaker Nancy Pelosi’s son Paul Pelosi Jr. visited Ukraine in 2017 to meet with government officials in connection to a business initiative. Now, unearthed records reveal that Paul Pelosi Jr. was an executive of a gas industry company that did business in Ukraine – and his mother Nancy Pelosi was featured in one of the company’s promotional videos.

END_OF_DOCUMENT_TOKEN_TO_BE_REPLACED

President Trump Slams Nancy Pelosi for Her Embrace of MS-13 Gang-Bangers: “We’re Not Going to Release Violent Criminals Into Our Country”

Nancy Pelosi Defends MS-13, Trashes Trump — ‘There’s a Spark of Divinity in Every Human Being” (VIDEO)

MS-13 a bunch of cowards for ordering hit on cop: union boss

The state’s strategy of tension relies upon a fear of threat to control people.

House Minority Leader Nancy Pelosi (D-CA) has declined to call upon Rep. Tony Cardenas (D-CA) to resign after he was sued for allegedly molesting a teenage girl whom he allegedly drugged in 2007.

Instead, Pelosi decided to refer Cardenas to the House Ethics Committee for investigation.

Late last week, Pelosi released a statement in which she indicated that she had spoken with Cardenas, and that he had “appropriately asked us to withhold judgment until there is a full investigation of the facts.”

Pelosi calls for Ethics probe into Tony Cardenas, who has been accused of sexually abusing a teenager (he denies allegations) pic.twitter.com/yyf66thoFr

Last year, Pelosi was among those Democratic leaders demanding that Roy Moore, the Republican nominee for U.S. Senate in Alabama, withdraw “We’re talking about a child molester,” Pelosi told NBC News’ Chuck Todd on Meet the Press on November 27.

Pelosi declared that there would now be “zero tolerance” for sexual misconduct in Congress: “Women have spoken out. Their concerns will be addressed in a way that I think will give comfort, as well as end this behavior. … Because you know what? It’s disgusting, it’s repulsive, and it has to be zero tolerance.”

At the time, Pelosi also said there should also be “due process” for Rep. John Conyers (D-MI), who was soon forced to retire over allegations of sexual misconduct.

Like Moore, Cardenas denies the claims against him. His lawyer attacked the woman who sued him — identified only as “Jane Doe” — as “the daughter of a disgruntled former employee and [she] may be the victim of manipulation,” as quoted by Politico.

Source: By Joel B. Pollak | Breitbart