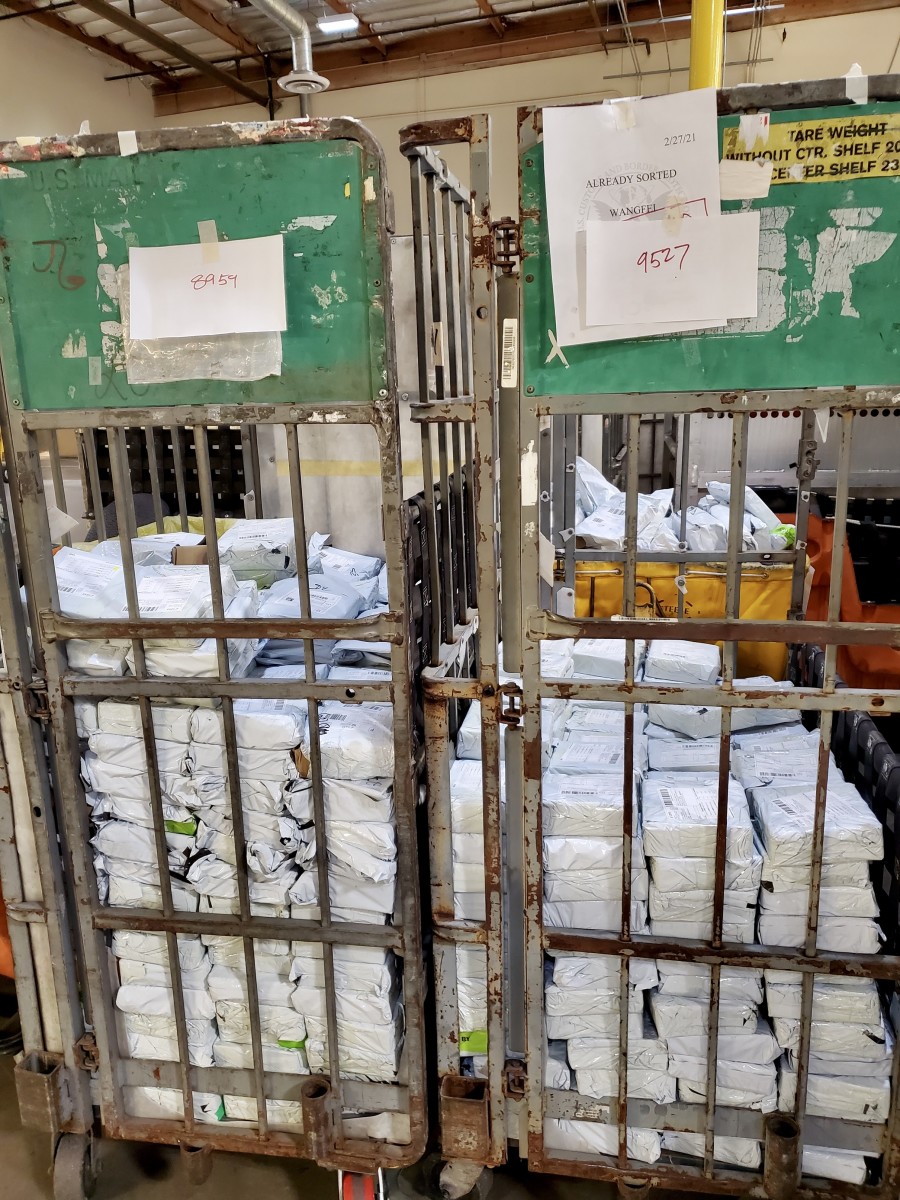 “The counterfeits were intercepted from overseas shipments and seized during a two-month joint investigation by the Secret Service and U.S. Customs and Border Protection,” explained ACEF Anti-Counterfeiting Director Doug Davis, who flew from Dallas, Texas, to California to assist investigators.

He and task force volunteer Lee Minshull of Palos Verdes, Calif., a longtime member of the Professional Numismatists Guild, met with federal investigators at the International Mail Facility in the Los Angeles suburb of Torrance, Calif. That is where approximately 1,700 packages of seized counterfeit coin shipments were stored.

“There were numerous wheeled carts filled with packages that contained coins seized during the eight-week targeting operation,” said Davis. “We were told that each package contained an average of 27 to 32 coins, all of them counterfeits.”

“The quality of the hundreds of counterfeits we personally examined varied from good to very good, especially the counterfeit silver American Eagles,” stated Minshull. “It appears that the fakes we saw probably were made by three different counterfeit manufacturers,” he said. “If they were genuine, the retail value of these 40,000-plus coins would be over $2 million.”

Davis said the coordination between ACEF/ACTF, Secret Service and Customs and Border protection “provided valuable intelligence information that supports our work in exposing the widespread proliferation of counterfeit coinage and precious metals into the U.S. marketplace. Most importantly the success of this operation provides us with evidence to continue educating the higher-up administration within Secret Service, Customs and Border Protection and other law enforcement agencies about the growing problem of counterfeits.”

He added: “We will be providing Secret Service with a report of our evaluation. Secret Service was very appreciative of our assistance and willingness to travel at short notice to assist in the investigation. We could not say anything publicly about this operation earlier until federal agents finished part of their investigation.”

This is only one of many cases during the past 12 months in which ACTF has provided numismatic experts to assist Secret Service and other Federal law enforcement agencies on counterfeit cases stretching across the United States.

“ACEF is playing an important role in aggressively identifying counterfeit manufacturers, organized groups, individuals, e-commerce and social platforms selling counterfeit coins and precious metals. Most importantly is the resources and experts ACEF has at its disposal to assist local, state and federal agencies during the investigative process and enhances expeditious indictments and prosecution,” Davis emphasized.