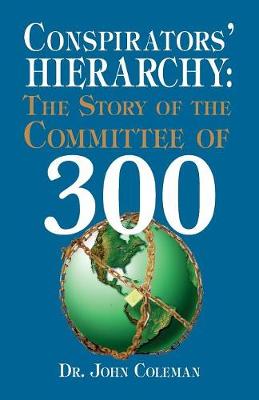 “At least 4 billion “useless eaters” shall be eliminated by the year 2050 by means of limited wars, organized epidemics of fatal rapid-acting diseases and starvation. Energy, food and water shall be kept at subsistence levels for the non-elite, starting with the White populations of Western Europe and North America and then spreading to other races.

The population of Canada, Western Europe and the United States will be decimated more rapidly than on other continents, until the world’s population reaches a manageable level of 1 billion, of which 500 million will consist of Chinese and Japanese races, selected because they are people who have been regimented for centuries and who are accustomed to obeying authority without question.” (p. 105)

To the people who own and run the planet, humanity has become a dead-weight except as servants and sex slaves. Below, MI-6 whistle blower John Coleman describes the covid end-game: A return to feudalism where a billion people will serve the super-rich.

“The non-elite masses will be reduced to the level and behavior of controlled animals with no will of their own and easily regimented and controlled.”

“Marriage shall be outlawed and there shall be no family life as we know it. Children will be removed from their parents at an early-age and brought up by wards as state property.”

A pandemic with a minuscule death rate is not a pandemic. People lining up to get vaccinated are lemmings throwing themselves into a gorge. We hardly see anyone sneezing any more yet we’re supposed to believe this is a pandemic? We’re passengers on the Titanic, drinking, dancing and fornicating while the ship sinks.

A One World Government and one-unit monetary system under permanent non-elected hereditary oligarchists who self-select from among their numbers in the form of a feudal system as it was in the Middle Ages.

In this One World entity, population will be limited by restrictions on the number of children per family, diseases, wars, famines, until 1 billion people who are useful to the ruling class, in areas which will be strictly and clearly defined, remain as the total world population.

There will be no middle class, only rulers and servants. All laws will be uniform under a legal system of world courts practicing the same unified code of laws, backed up by a One World Government police force and a One-World unified military to enforce laws in all former countries where no national boundaries shall exist.

The system will be on the basis of a welfare state; those who are obedient and subservient to the One World Government will be rewarded with the means to live; those who are rebellious will simply be starved to death or be declared outlaws, thus a target for anyone who wishes to kill them. Privately-owned firearms or weapons of any kind will be prohibited.

Only one religion will be allowed and that will be in the form of a One World Government Church, which has been in existence since 1920 as we shall see. Satanism, Luciferianism and Witchcraft shall he recognized as legitimate One World Government curricula with no private or church schools.

All Christian churches have already been subverted and Christianity will be a thing of the past in the One World Government. To induce a state where there is no individual freedom or any concept of liberty surviving, there shall be no such thing as republicanism, sovereignty or rights residing with the people. National pride and racial identity shall be stamped out and in the transition phase it shall be subject to the severest penalties to even mention one’s racial origin.

Each person shall be fully indoctrinated that he or she is a creature of the One World Government with an identification number clearly marked on their person so as to be readily accessible, which identifying number shall be in the master file of the NATO computer in Brussels, Belgium, subject to instant retrieval by any agency of the One World Government at any time.

The master Files of the CIA, FBI, state and local police agencies, IRS, FEMA, Social Security shall be vastly expanded and form the basis of personal records of all individuals in the United States.

Marriage shall be outlawed and there shall be no family life as we know it. Children will be removed from their parents at an early-age and brought up by wards as state property. Such an experiment was carried out in East Germany under Erich Honnecker when children were take away from parents considered by the state to be disloyal citizens.

Women will he degraded through the continued process of “women’s liberation” movements. Free sex shall be mandatory. Failure to comply at least once by the age of 20 shall be punishable by severe reprisals against her person. Self-abortion shall be taught and practiced after two children are born to a woman; such records shall be contained in the personal file of each woman in the One World Government’s regional computers.

If a woman falls pregnant after she has previously given birth to two children, she shall be forcibly removed to an abortion clinic for such an abortion and sterilization to be carried out. Pornography shall be promoted and be compulsory showing in every theater of cinema, including homosexual and lesbian pornography.

Drug bars shall be set up, run by One World Government employees, where the slave-class shall be able to spend their free time. In this manner the non-elite masses will be reduced to the level and behavior of controlled animals with no will of their own and easily regimented and controlled.

The economic system shall be based upon the ruling oligar-ethical class allowing just enough foods and services to be produced to keep the mass slave labor camps going. All wealth shall be aggregated in the hands of the elite members of the Committee of 300.

Each individual shall be indoctrinated to understand that he or she is totally dependent upon the state for survival….Only the Committee of 300 members and their elitists shall have the right to any of the earth’s resources. Agriculture shall be solely in the hands of the Committee of 300 with food production strictly controlled. 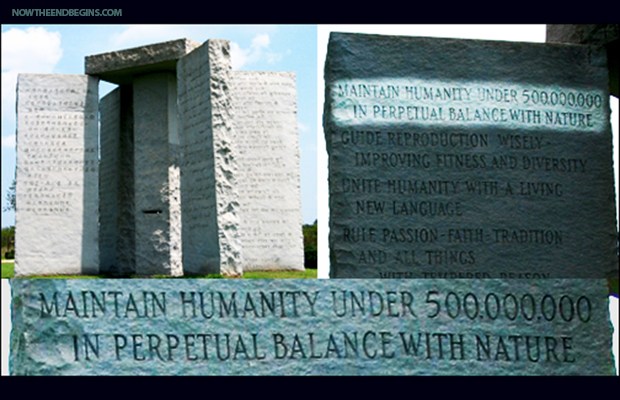 As these measures begin to take effect, large populations in the cities shall be forcibly removed to remote areas and those who refuse to go shall be exterminated in the manner of the One World Government experiment carried out by Pol Pot in Cambodia. Euthanasia for the terminally ill and the aged shall be compulsory. No cities shall be larger than a predetermined number as described in the work of Kalgeri.

From time to time there shall be artificially contrived food and water shortages and medical care to remind the masses that their very existence depends on the goodwill of the Committee of 300. After the destruction of housing, auto, steel and heavy goods industries, there shall he limited housing, and industries of any kind allowed to remain shall be under the direction of NATO’s Club of Rome as shall all scientific and space exploration development, limited to the elite under the control of the Committee of 300…

The United States will be flooded by peoples of alien cultures who will eventually overwhelm White America, people with no concept of what the United States Constitution stands for and who will, in consequence, do nothing to defend it, and in whose minds the concept of liberty and justice is so weak as to matter little. FOOD and shelter shall be the main concern.

No central bank save the Bank of International Settlement and the World Bank shall be allowed to operate.

Those who break the law will be instantly executed. There shall be no cash or coinage in the hands of the non-elite. All transactions shall be carried out by means of a debit card which shall bear the identification number of the holder.

Any person who in any way infringes the rules and regulations of the Committee of 300 shall have the use of his or her card suspended for varying times according to the nature and severity of the infringement. Such persons will find, when they go to make purchases, that their card is blacklisted and they will not be able to obtain services of any kind.

Attempts to trade “old” coins, that is to say silver coins of previous and now defunct nations, shall be treated as a capital crime subject to the death penalty. All such coinage shall be required to be surrendered within a given time along with guns, rifles, explosives and automobiles. Only the elite and One World Government high-ranking functionaries will be allowed private transport, weapons, coinage and automobiles….

Ethnic and religious differences shall be magnified and exacerbated and violent conflict as a means of “settling” their differences shall be encouraged and fostered. All information services and print media shall be under the control of the One World Government. Regular brainwashing control measures shall be passed off as “entertainment” in the manner in which it was practiced and became a fine art in the United States. Youths removed from “disloyal parents,” shall receive special education designed to brutalize them. Youth of both sexes shall receive training to qualify as prison guards for the One World labor camp system.

Whiskey Tango Texas is a non-monetized, apolitical hobby blog featuring re-posted material from the public domain for informational purposes only. Content and opinions discovered on this blog should not be relied upon without independent verification. No claims are made on the properties of others. Fair use is relied upon. All rights reserved. ─ No one is coming to save us. Everything is your responsibility. Salvation is on the other side of fear. LET’S Win!