ZeroHedge joked earlier that Thursday would likely be another wild day for China-related news flow, and so far, we haven’t been wrong. 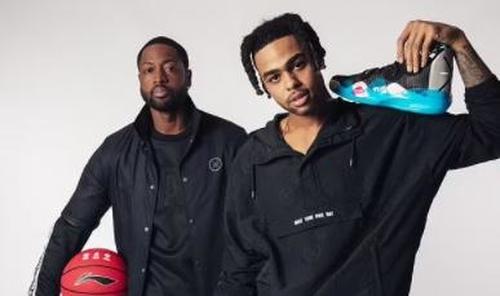 As political tensions between the White House and Beijing intensify (even as Beijing looks poised to back off its ban on future US IPOs) Politico reported in its “China Watcher” newsletter on Thursday that some lawmakers are demanding that American NBA players sever endorsement contracts with Chinese sportswear firms. Last month, ZeroHedge reported on the first rumblings of potential Congressional action to stave off any “reputational risks” for the players (who are essentially financially beholden to Beijing). President Trump banned imports of cotton from Xinjiang because of human rights abuses, which is regularly used by many o the same companies paying to endorse NBA players.

“If they didn’t know [their corporate sponsor] sourced slave labor cotton from Xinjiang, that’s one thing,” Perry said. “But if they do know … they are complicit with slavery.”

Scott Perry isn’t the only lawmaker troubled by the NBA’s links to Xinjiang. There’s growing support among Democrats and Republicans involved with the Congressional-Executive Commission on China for probing players’ relationships with Anta, Li-Ning and Peak. The July 15 passage of the Senate’s Uyghur Forced Labor Prevention Act will likely only lead to more intense scrutiny.

At least 13 current NBA players have deals with the firms, and retired Miami Heat star and Utah Jazz part-owner Dwyane Wade has inked a lifetime endorsement deal with Li-Ning (the deal was inked in 2018).

None of these players responded to Politico’s calls for comment, and it’s not hard to understand why. As one academic put it, NBA players who ink these deals are “on the wrong side of history.”

N. Jeremi Duru, sports law professor at American University’s Washington College of Law, echoes Perry’s sentiment. “Athletes can do well [financially] and do good,” Duru told POLITICO. “Those who do business with entities like [Li-Ning and Anta] will find themselves on the wrong side of history.” Anta and Li-Ning have benefited from a boom in domestic share price and sales increases over the past year after Chinese consumers boycotted rival brands, including Nike and Adidas, for vowing to stop using Xinjiang-sourced cotton for their products.

Despite Congress’s immense power, it can’t simply force the NBA players to give up these deals. Instead, the Congressional-Executive Commission on China is prodding the Office of Foreign Asset Control to add the three sportswear firms to its sanctions list, known as the Specially Designated Nationals list. This would essentially force the NBA players to give up the deals since accepting payment from sponsors would violate sanctions.

Washington is already sensitive to the risks surrounding the NBA after a tweet from then-Rockets GM Daryl Morey expressing support for the pro-democracy movement in Hong Kong caused a full-blown diplomatic and business crisis, as Beijing started barring the broadcast of NBA games in the country, while cancelling a series of exhibition games involving American teams who were already in the country when the incident occurred. Even “Space Jam 2” star Lebron James kowtowed to Beijing by publicly calling Morey’s tweet “misinformed”, infuriating American lawmakers and the Trump Administration.